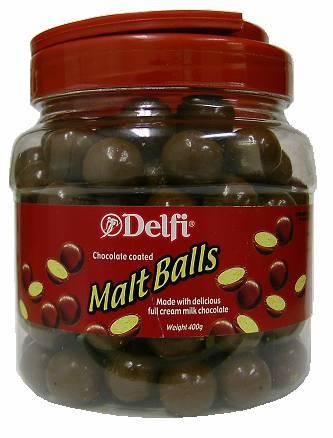 In this new matter, Mars was successful in blocking Delfi’s registration of MALTITOS in the Trade Marks Office on s 60 but not on s 44 of the Trade Marks Act 1995 (Cth) (TMA).  Delfi appealed to the Federal Court.  Mars cross-appealed on the s 44 issue.

Jessup J held that MALTITOS is not deceptively similar to MALTESERS.  Further, his Honour held that the Delfi’s use of MALTITOS was unlikely to cause confusion in the market as a result of the reputation vesting in the mark MALTESERS.  He therefore concluded that neither s 44 nor s 60 of TMA presented an obstacle to the registration of Delfi’s mark and set aside the decision of the Trade Marks Office that had found otherwise (on s 60 only).

Delfi had sought registration of MALTITOS in respect of confectionery, biscuits, chocolate, cocoa, and products made from or including chocolate and/or cocoa.  Mars, however, limited its attack to confectionery alone.  To succeed under s 44(1)(a) of the TMA, it had to show that “there is a real likelihood that some people will wonder or be left in doubt about whether confectionery sold or offered for sale under the applicant’s mark comes from the same source as confectionery sold or offered for sale under the respondent’s mark”: at [7].

His Honour considered the environment in which confectionery is typically sold and the nature of the “commercial landscape” which attends such sales – including the facts that confectionery is relatively inexpensive and often bought on impulse.

Consideration was given to both the appearance of the two marks and to their sound as spoken.  His Honour noted that some caution should be exercised when converting word marks to sounds for the purpose of comparison and set out at some length the expert evidence which supported the conclusion that the sounds of the two marks were sufficiently different as to pose little risk of confusion.

His Honour did not accept Mars’s submission that he might take into account the possibility of an error being made by a sales assistant who had misheard a customers request for MALTESERS.

Taking these things into account, his Honour was not persuaded that the relevant marks are deceptively similar.

Delfi contended that the purpose of s 60 “must have been the protection of unregistered marks which had acquired a reputation in Australia, including marks which were not actually used in Australia, and marks which might be registered in relation to good or services other than those in respect of which a particular claim for protection in made.”  His Honour did not accept that the section is so limited.  He held that the “only respect in which s 60 requires an exercise different from that arising under so much of s 44 as relates to deceptive similarity is that the reputation in Australia of the “other” mark must be the reason why the use of the mark proposed to be registered is likely to deceive or cause confusion.  What this means in practice is that the notional consumer of average intelligence thinking of making a purchase by reference to goods in association with which the latter mark is used, or intended to be used, is no longer someone who has had no more than some exposure to the “other” mark: he or she is someone who is assumed to have that level of awareness of that mark as is consistent with the content and extent of the reputation of it.”

So that clears up the relationship between s 44 and s 60.

The ground of opposition based on s 60 TMA was also rejected.  His Honour ordered that the applicant’s mark proceed to registration.

*To view Ben Gardiner's blog, North Pole Bananas, or to sign up to receive an email notification each time a new post is published, please click here.