The Federal Court has, for the first time, awarded additional damages for trade marks infringement.

$91,000 in additional damages was awarded against Quality Kebabs, a wholesale manufacturer of kebabs, for the infringement of a trade mark owned by Halal Certification Authority Pty Ltd, a company which, as its name suggests, is in the business of certifying food as being compliant with the relevant Islamic rules relating to the preparation of food. 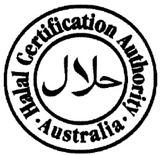 The mark was used, without the applicant’s permission, on certificates provided by Quality Kebabs to various kebab restaurants for display to their customers.  Two such restaurants were also joined as respondents to the proceeding.

Quality Kebabs purported to be a supplier of halal meats.  Whether its meats were truly halal was not determined but it was uncontroversial that it had not been certified by the applicant.  Despite this, when asked by its customers (such as the respondent kebab shops) for a certificate of authenticity, it provided a false certificate bearing the applicant’s registered mark.

The applicant brought claims of trade mark infringement and breaches of the Australian Consumer Law against the restaurants and Quality Kebabs and individual directors of each.

The claims against the restaurants

While it was clear that the two shops had infringed the applicant’s mark, the issue of quantum was more difficult.  The applicant claimed it was entitled to its usual retail licence fee of around $5,000 a year for two years.  It relied on Autodesk Australia Pty Ltd v Cheung Pty Ltd (1990) 94 ALR 472 as authority for this approach.  The problem in this case, however, was that there was no satisfactory evidence that the kebab shops would ever have paid the licence fee.

There was also no proof that the food served by the two shops was not halal or that any members of the public had become aware of this.  Without this evidence, the applicant could not show that it had suffered any reputational damage or “diminution in the capital value of the trade mark“.

Accordingly, on the trade marks claim, only nominal damages were payable.

The ACL claims were made out because the food sold by the restaurants had not been certified by the applicant as it suggested but in the absence of any proof of damage, no damages could be awarded under the Australian Consumer Law: s 236.

The claims against Quality Kebabs

The claim against Quality Kebabs was quite different.

Perram J found that Quality Kebab’s managing director made (or arranged the making of) the false certificates and provided those certificates to customers in the knowledge that his company had not been certified by the applicant.  His Honour was clearly unimpressed by much of the MD’s evidence describing parts of it as “ridiculous” and a “picaresque absurdity“.

On the issue of damages, the Court did not accept that Quality Kebabs would have paid the licence fee in order to use the applicant’s mark.  Perram J considered it more likely that it would have simply “misappropriated someone else’s“.  Again, therefore,  his Honour awarded only a nominal $10 for general damages.

Additional damages have been available under the TMA since 15 April 2013: s 126(2), TMA.  Prior to the present case, however, they had not been awarded.

(2)  A court may include an additional amount in an assessment of damages for an infringement of a registered trade mark, if the court considers it appropriate to do so having regard to:

(a)  the flagrancy of the infringement; and

(b)  the need to deter similar infringements of registered trade marks; and

(c)  the conduct of the party that infringed the registered trade mark that occurred:

(i)  after the act constituting the infringement; or

(d)  any benefit shown to have accrued to that party because of the infringement;

(e)  all other relevant matters.

Perram J relied on the second reading speech and the explanatory memorandum to conclude that additional damages under s 126(2) TMA are intended to create a deterrent – i.e. “to make infringement unattractive.”

His Honour considered that Quality Kebab’s use of the applicant’s mark was “as flagrant as it could be” and “showed a complete lack of respect for the applicant’s property rights.”  He considered it was done “with the deliberate aim of peddling an untruth.” For these reasons, amongst others, the Court considered it appropriate to award additional damages in this case.  The quantum of those damages was assessed by calculating the expense Quality Kebabs avoided by falsely asserting it was halal certified by the applicant and then applying a 50% “uplift” to these amounts.  This figure was chosen to “serve the purpose of deterrence” and in recognition of the Court’s findings in respect of the criteria set out in ss (2)(a) to (e) of s 126 TMA.

This took the total figure for additional damages to $91,015 which, as Perram J said, is “a lot of kebab“.

* To view Ben Gardiner's blog, North Pole Bananas, or to sign up to receive email notifications each time a new post is published, please click here.